About Justice for North Korea

Justice for North Korea (JFNK) is an all-volunteer, non-partisan, grassroots organization trying to address the human rights crisis just 40 miles north of Seoul. We were founded and are led by a South Korean pastor whose calling is to help the North Korean people. However, all are welcome at JFNK regardless of one’s religious faith or nationality. Our members are united in our intense desire to assist the North Korean people.

Our mission is to:

Justice for North Korea started on May 23rd, 2007. From that day on, we helped oppressed North Korean refugees in China by making their problem an international issue through 444 days of protesting, ending on August 8th, 2008.  We held our demonstration in front of Chinese, Japanese, American, and European embassies and consulates (of about 10 nations) in Korea and Europe to make known the Chinese government’s forcible repatriation of North Korean refugees. This problem has not yet been resolved. We are continually investigating, finding evidence, and striving to improve North Korea’s human rights situation. 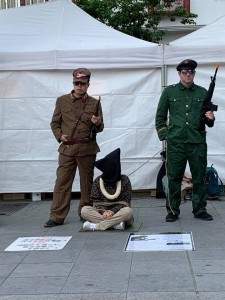 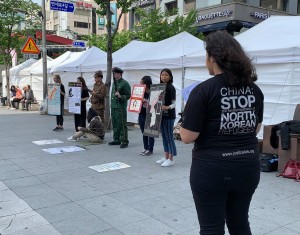 One of Justice for North Korea’s first actions was helping North Korean refugees in China by making their problem an international issue through 444 days of protesting. These demonstrations were held in front of Chinese, Japanese, American, and European embassies and consulates (of about 10 nations) in Korea and Europe to make known the Chinese government’s forcible repatriation of North Korean refugees. We continue to protest in front of Chinese embassies and consulates, calling on the Chinese government to end its deplorable policy of forcible repatriation. We will continue these protests until this problem has been resolved. 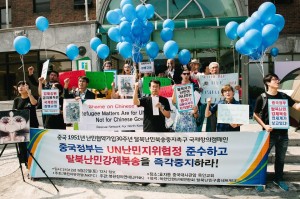 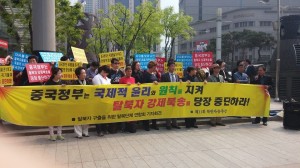 Like all non-profit organizations, Justice for North Korea needs donations in order for us to do our work. One way we collect donations is through fundraisers. These are held periodically, and usually consist of concerts with raffle prizes. We also sell merchandise, such as T-shirts and postcards, at these events. The vast majority of the money raised by fundraisers goes into our shelter/rescue fund. We send some of this money to a shelter in China for children, most of whom have a North Korean mother who has been forcibly repatriated and a Chinese father unable or unwilling to care for them. We use the rest of this money to help North Korean refugees reach safety. Some of the donations are used for other purposes, such as to support our office and other operating and programs expenses. 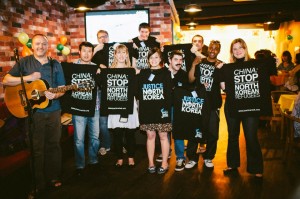 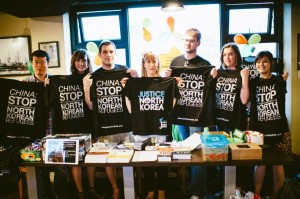 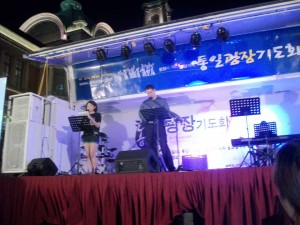 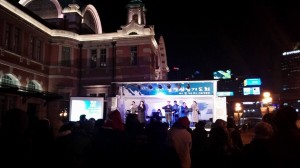 Justice for North Korea periodically holds screenings of movies or documentaries about the North Korean crisis in order to raise awareness of the situation and to motivate people to do what they can to help the North Korean people. We sometimes raise funds at these events to help rescue North Korean refugees. In addition to screenings, we also hold photo exhibitions, and we have participated in conferences in Europe, North America, South Korea, and other parts of Asia. 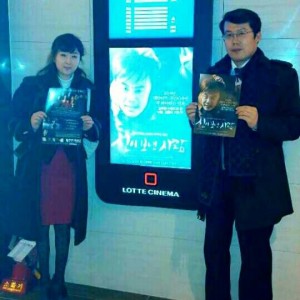 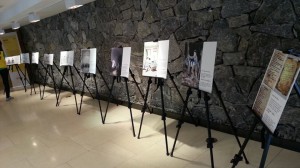 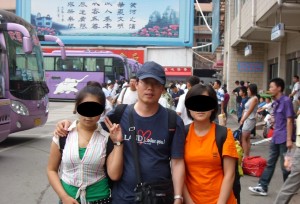 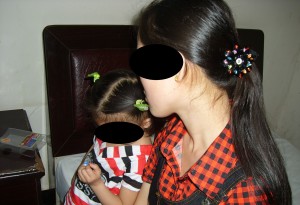