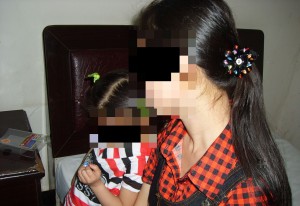 I escaped North Korea in 2005 and was sold to a Chinese man and became pregnant. But somebody reported me to the Chinese police, and I was repatriated. At the Onsung Labor Camp my belly was beaten, and I was forced to carry heavy stones until I miscarried my five-month old baby. Three months later, I was released and escaped North Korea for the second time. I was again sold to a Chinese man and gave birth to his daughter. I’m now pregnant. I’m very scared of the Chinese police finding me and repatriating me, where my unborn child would again be killed. Please help me get to South Korea. 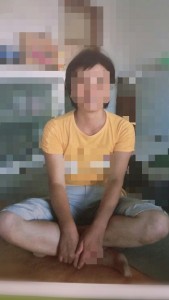 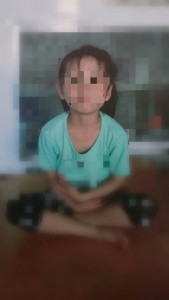 I have memories of being repatriated five times from China. The first time I escaped, I was highly vulnerable and was sold to a trafficker for 550,000 KRW. The man who bought me was a Chinese man who was younger than me and who was unemployed and disabled. Initially, I thought that living with that man would be fine, as long as I was able to stay alive, but I was repatriated a year later. Since it was my first time escaping, I received light punishment, and later I escaped again. However, six months later, I was arrested and was repatriated again. At that time, Kim Jong Il initiated pardons for release, giving me an opportunity to escape again. I was pregnant at that time. I was repatriated again a few months after giving birth. I have painful memories of my time at the correctional centers. I was kept in those centers for two years. However, I knew that my child was in China and so I had to persevere no matter what hardships I endured. I’ve experienced the death of prisoners from starvation, brutal beatings, and torture. During my one and a half years in prison, I witnessed the death of about 300 people. I persevered through starvation and harsh labor, and I regularly ate feces, bugs, and frogs to survive. After my release, I escaped again in hopes of finding my daughter, but I was repatriated again. Because I had not stayed in China for long, I received “light” punishment and wasn’t sent to a camp. But to call it “light” punishment is a misnomer. Facing severe malnutrition and starvation, I escaped again. In hopes of seeing my daughter in China, I stayed with my husband for a little while, but I was repatriated again. I knew that if I was to return to North Korea again this time, I would face death for sure. I was tired of being repeatedly repatriated. During my fifth arrest, I was tortured by the state security agency, but I survived, and I managed to escape on my way to the correctional centers. My husband is ill from a disease and is in the hospital. I just want to go to South Korea and live peacefully with my daughter. Please help us! 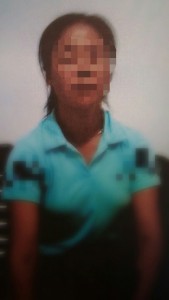 After the death of Kim Il-Sung, there were serious food shortages in North Korea, and so my parents sent me to China to avoid starvation. I stayed with some relatives in China for several years, and eventually returned to North Korea to live with my parents. However, even when I returned, there was still a lack of food and my parents became more malnourished and weak. Eventually, my father passed away from tuberculosis due to starvation. My mother passed away a year after her husband because of depression. Therefore, I decided to escape to China. My relatives in China told me that I was at the age to marry and so I was introduced to and married a Chinese man. Although my husband was much older, I couldn’t do anything about it, and we eventually had a child together. I’m so sorry! I forgot to tell you something! Here it is. I tried my very best to live a happy life outside of North Korea, but I eventually learned that my husband was already a married man. His other wife did business abroad, but would return to China after she had completed her work assignments. This truth was surprising to me and I had a lot of anger towards my husband. Therefore, I attempted to abort my child and tried taking pills and jumping from high altitudes. I eventually escaped from my husband’s home and started to work at a restaurant. Later, I gave birth. I have started to appreciate and love my child despite the circumstances, and I feel guilty for previously attempting to abort. Currently, my son is supposed to be in elementary school, but because of his illegal status, he cannot attend school. My son, Kim Young Hyuk, is eight years old. I want to go to South Korea first and leave my son with some relatives in China and later bring him to South Korea as well. Please help me! 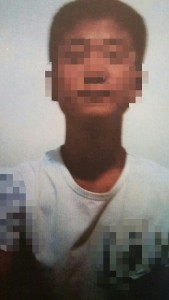 My father was a miner in North Korea, but his body eventually weakened due to his demanding job requirements, and he started to rest at home. There was no food at home and all the furnishings were sold, so our living situation was very difficult. Therefore, my father brought in products from China illegally and started to sell them on the black market. My mother also joined my father, but found herself dealing with fraud and had to pay back the debts. However, my mother eventually ran away from the debt collectors and is currently missing. My father could not live in North Korea anymore and so he escaped with me. We survived through a church that assisted us, and eventually we worked at a Korean-Chinese restaurant. Unfortunately, my father was screened and was repatriated. I was fortunate to avoid repatriation by hiding in a deacon’s home. However, now that I am by myself, I feel worried and I fear for my future. In South Korea, I want to attend school, raise money, and find my parents. Please help me! 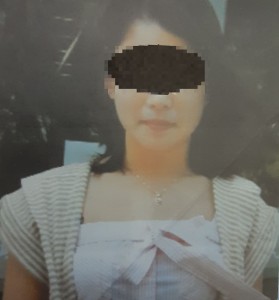 In the spring of 2004, at the age of 18, I escaped from North Korea. I was sold to a man deep in the mountains of China, and was harassed day and night. And the place that I was sold back to by the man was a karaoke establishment. I refused customers many times, but my husband stayed with me and beat me and threatened me. I am now hiding in a pharmacy after running away from there. I want to live freely. Please help me!